Maybe it is me getting sentimental in my old age, but this week has been emotional, British Airways flew the 737-400 commercially for the last time.

It might not mean anything to most people, to most a plane is just a plane and it gets you from a to b, but there is more to it than just that.

British Airways has been flying the 737 or the ‘Baby Boeing’ since the late 70’s to replace the HS Tridents. Firstly with the 737-200’s which were used in Manchester, Birmingham and Heathrow, before being moved down to Gatwick.

In the early 90’s British Airways received their next batch of 737’s, this time the 737-400 series, now known as the ‘classic’. More fuel efficient and accommodating 149 passengers, they were put on flagship routes from London’s Heathrow Airport.

When I was young, I remember these aircraft flying alongside Concorde and I still consider both aircraft types the most elegant ever flown, even if they were not the most practical. Spending a lot of time at airports in my youth, it really holds a special place in my heart.

Knowing that, I wanted to make sure I could experience flying on it one last time. I combined two things I wanted to do for a while, and booked a trip to Amsterdam – flying with easyJet from Luton on the outbound, and British Airways on the 737-400 on the return into Gatwick. With many in the fleet leaving or already departed, I knew that it wasn’t 100% certain to be on it, although luckily I was.

So back from Delft and Rotterdam, British Airways then quietly announced that the final flight would be from Turin on the 30th September. Yes, that’s my day off! Book it tonko!

I decided to make a day out of it, flying down on the Irish harp from Stansted in the morning, although many on the flight had decided to go there and back on the same plane – something I have never attempted. Yet again, I knew things were not set in stone and it could change, but thankfully it didn’t. 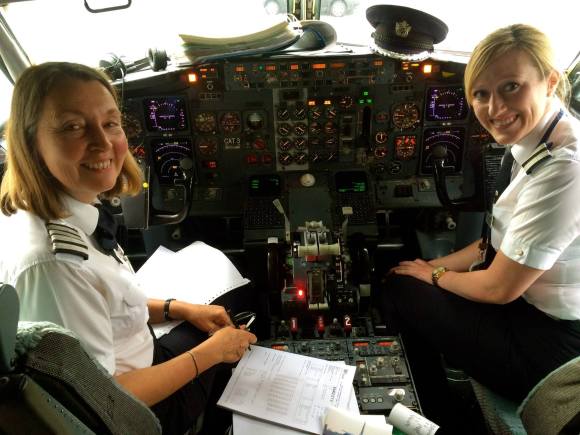 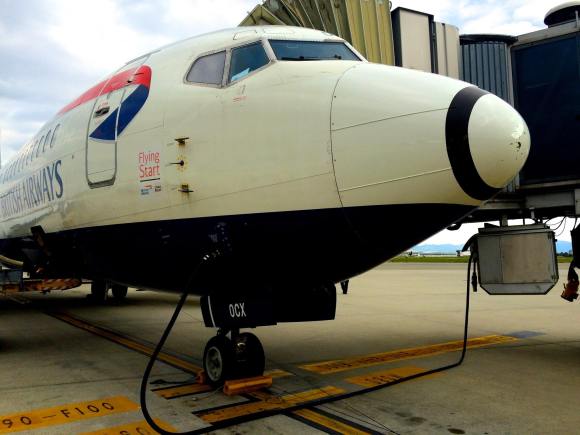 Having secured seat 6D, I knew that they were going to be the convertible business class seats you used to find on British Airways. Flying in economy you knew that you would get the 34 inch seat pitch, where can you say that in European short haul flying now.

Before departing the crew made an announcement over the PA system. The Captain, Christine Scott introduced herself and explained it would be the final commercial flight for the aircraft type and in fact her commercial flying career after serving 19 years on the 737-400. Alongside her was First Officer Gill Tunley, who is due to move to the 747-400 next month. In the cabin, it would also be Cabin Manager Karen’s final flight on a short haul aircraft.

It was a really enjoyable flight, and what a great atmosphere. Even getting a rapturous round of applause as we landed on the tarmac at Gatwick.

With the aircraft type now out of use for British Airways, you could take what you like off the aircraft – and yes I took two safety cards. Not only that, but you could visit Christine and Gill on the flight deck (See Image!). I thought it would be a great idea for Christine to sign my safety card, I’m going to get it framed now, while Gill took the photos. She also mentioned that she would be taking up gliding in her retirement. I also had a brief word with Karen, who did a great job serving those in business class!

The next day Captain Scott flew the final aircraft (G-DOCX) to its retirement home in the Californian Desert, Victorville – often known as the aircraft boneyard. Flying with it’s sister ship G-DOCW they flew in tandem the whole way with stops in Reykjavik and Goose Bay in Canada, where they had a crew rest stop. Friday, flying on to Chicago Rockford and onwards to Victorville, arriving at around 11pm BST.

So there we have an end of an era and while I know that the industry moves to bigger and better things, it just doesn’t have the same character instead inflicting tighter legroom for all with generic seats and fixtures.

Thank you to Christine, Gill, Karen and the rest of the crew for making it a truly special day.

You can listen to the ATC at Gatwick Approach here: